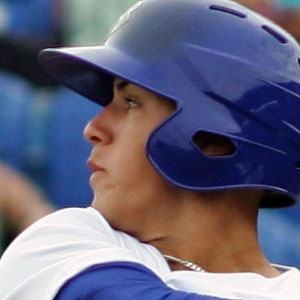 Puerto Rican second baseman who joined the Chicago Cubs in 2014, where he became the youngest player in the National League. In 2016, he helped the Cubs win the franchise's first World Series Championship since 1908.

He grew up in Puerto Rico and moved to Florida in 2005, where he attended Arlington Country Day School. He was named Most Exciting Player in the Midwest League by Baseball America while playing for the Peoria Chiefs.

In his rookie season, he became the first player since 1954 to hit three home runs in his first three games.

He has three brothers and a sister. He married Irmarie Márquez and they have a son named Adrián Javier.

He became teammates with Cubs first baseman Anthony Rizzo in 2014.

Javier Báez Is A Member Of