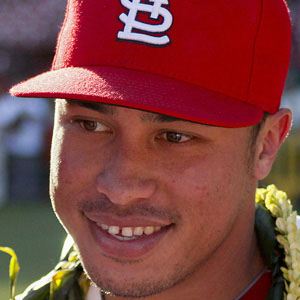 Major league second baseman who made his debut in 2013 for the St. Louis Cardinals.

He was a stand-out football and baseball star at Kamehameha Hawaii High School.

During his time in the majors in 2013, he didn't commit a single error.

He played alongside Carlos Beltran in the 2013 World Series as a member of the Cardinals.

Kolten Wong Is A Member Of