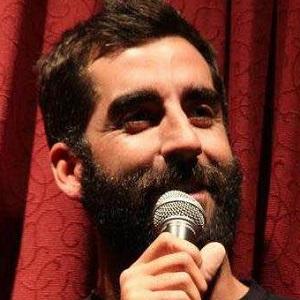 Stand-up comedian known for his uncensored takes on pop culture, relationships and social media. He's performed stand-up on AXS TV's Gotham Comedy Live and is the co-host of two popular podcasts Dirty Sports and the Kooks of Komedy.

He earned a degree in Journalism from Lehigh University where he wrote for the school newspaper and was the program director of the campus radio station. After college he worked for the CBS Evening News with Dan Rather before quitting to pursue comedy full-time.

He was a three sport varsity athlete in high school, playing football, basketball and baseball.

He was born in New York City and raised just north of the city in Katonah, NY. He has two brothers and one sister.

He co-hosts the Kooks of Komedy with fellow comedian and Last Comic Standing finalist, Lachlan Patterson. He has been linked romantically to professional surfer/model Anastasia Ashley since 2013.

Joe Praino Is A Member Of