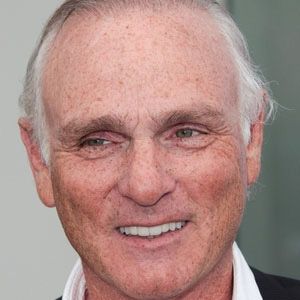 Most well known for playing Frank Fontana on the 1990s CBS series Murphy Brown, he is also notable for his roles in Knots Landing and Southland, as well as for his performances in the 1980s films Missing and The Sword & the Sorcerer.

Early in his career, he portrayed Eliot Streeter in a dozen episodes of the TV series The Associates.

He has made appearances on such series as Ally McBeal, Ghost Whisperer, Criminal Minds and The Golden Girls. Between 2011 and 2013, he directed three episodes of the television series Hot in Cleveland.

He was born in Brooklyn, New York, and he attended high school in New Milford, New Jersey.

He appeared with Robin Williams in three 1982 episodes of Mork & Mindy.

Joe Regalbuto Is A Member Of