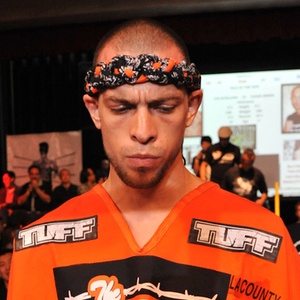 Mixed martial artist and Muy Thai kickboxer who has competed as a middleweight in Bellator MMA and Bellator Kickboxing. His 2014 victory over Melvin Manhoef was named Knockout of the Year.

He was raised in Dayton, Ohio and had a troubled childhood, being expelled from four different schools. He worked as a personal trainer at a YMCA in Los Angeles.

His use of his elbows to cut his opponents has earned him the nickname "Stitch 'Em Up."

He and his two siblings were raised by their mother in a single-parent home.

He and Haim Gozali have both competed in Bellator MMA.

Joe Schilling Is A Member Of