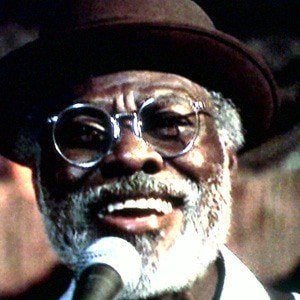 He became one of Hollywood's foremost black actors and appeared in The Blob and Crossroads. His credits include School Daze, The Golden Girls, and the Cosby Show.

He sang with The Three Riffs, performing in some of New York's finest supper clubs.

Though he could not get major parts, he made a name for himself with smaller parts in numerous television series.

He was born Joel McGhee and raised in Cleveland, Ohio.

He was a frequent guest star on Bill Cosby's sitcom in the 1980s.

Joe Seneca Is A Member Of