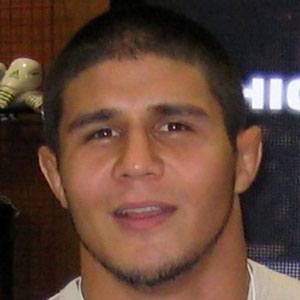 Welterweight with a Jiu-Jitsu and Judo background won Spike TV's The Ultimate Fighter 2.

He was introduced to Brazilian Jiu-Jitsu at age 13.

He was defeated by Josh Neer with a unanimous judges decision on April 6, 2006.

Joe Stevenson Is A Member Of