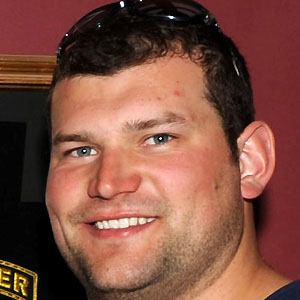 NFL offensive tackle who was drafted 3rd overall by the Cleveland Browns in 2007, and quickly became one of the best lineman in the league.

He attended the University of Wisconsin-Madison and was a First-team All-Big Ten selection in 2005 and 2006.

He won the Jim Parker Trophy in college, which is given to the top offensive lineman in the game.

He helped protect quarterback Colt McCoy for a few seasons on the Browns.

Joe Thomas Is A Member Of