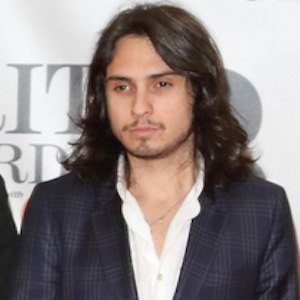 Drummer known for being a member of the award-winning band Wolf Alice, which he joined in 2012. They were named as the Best Breakthrough Artist of 2014 at the UK Festival Awards.

He's also served as a songwriter for the band. Their 2014 debut album reached number two on the UK charts and their 2016 single "Moaning Lisa Smile" was nominated for a Grammy Award.

He's described his band as a family, affectionately referring to himself as "the dog."

He and Ellie Roswell have performed together as part of Wolf Alice.

Joel Amey Is A Member Of