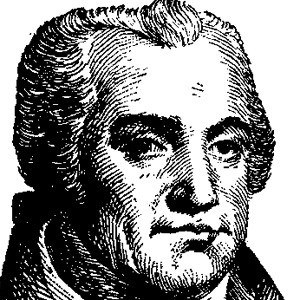 An American poet and political figure, he is famous for his nine-volume poetic work, Vision of Columbus, and for his poem, The Hasty Pudding. Also an important diplomat, he helped draft the Treaty of Tripoli.

He served as a chaplain in the Revolutionary Army. After the war ended, he started a weekly paper called the American Mercury.

He, John Trumbull, and Timothy Dwight became known collectively as the "Hartford Wits."

He grew up in what was then the Connecticut Colony. He died of pneumonia in 1812 while traveling through Poland.

He was a close friend of the philosopher Thomas Paine, and he assisted in the publishing of Paine's famous work, The Age of Reason.

Joel Barlow Is A Member Of