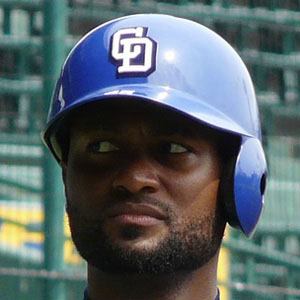 Tall infielder who made his MLB debut for the Los Angeles Dodgers in 2006 and played for the Tampa Bay Rays in 2007.

The Dodgers signed him as an international free agent in 2001.

He flashed solid power at times in the minor leagues but rarely showed the ability to hit for a good average.

He was born in Quisqueya, Dominican Republic.

He was left-handed starter Scott Kazmir's teammate in Tampa Bay in 2007.

Joel Guzman Is A Member Of