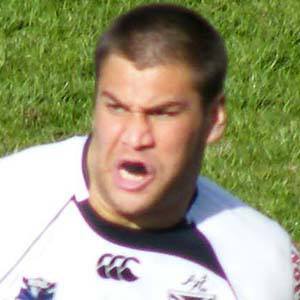 Rugby league footballer known as a centre and five-eighth for teams like the Brisbane Broncos and Leeds Rhinos. He played for the Exiles, comprised of Australian, New Zealand and Pacific Island players in 2012-13.

He played on the same team as footballers like Dane Hogan at Morayfield State High School.

He was chosen for the Indigenous All Stars team in 2011.

He was teammates with his brother, Jason, as a member of the Broncos.

He became teammates with Jamie Peacock in Leeds in 2013.

Joel Moon Is A Member Of