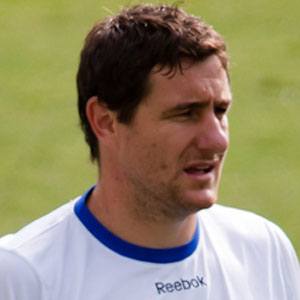 Soccer player from Australia best known for his seven-year career with Hartlepool United. He has since become a player-manager, playing for Cumberland United and managing Gleeson in 2014.

He was born in Adelaide and began his youth career with the Croydon Kings before turning professional in 1995.

He was a member of the Australian national team who finished as runners-up at the 2002 OFC Nations Cup.

He has a daughter named Chloe and a son named Jake.

He was previously teammates with Jon Daly at Hartlepool United.

Joel Porter Is A Member Of