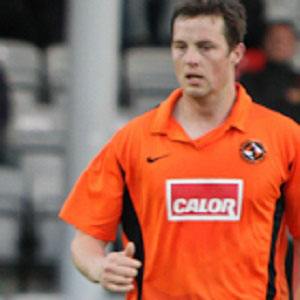 Striker who made his senior career debut in 1998 for Stockport County; after seven seasons with the team, he joined Hartlepool United in 2005 and then Dundee United in 2007.

He played his youth soccer at Cherry Orchard, and was a member of Ireland's U16 team.

On May 24, 2013, he signed with the Rangers FC, becoming Ireland's first Catholic player to join the team.

He raised two children with his wife Linda Daly.

He began playing under manager Ally McCoist on the Rangers FC.

Jon Daly Is A Member Of