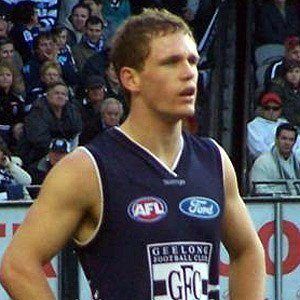 Australian rules football midfielder known for his speed who made his AFL debut in 2008 for Geelong and was selected to his first All-Australian team the following year. He played with the club until 2022 in over 350 games.

He competed in track and was a state hurdling champion.

He was nicknamed "Boy Wonder" for his early success. He scored 175 goals during his time with Geelong.

He has three brothers: Scott, Adam, and Troy.

He has been compared to Chris Judd for his success right out of the gate.

Joel Selwood Is A Member Of