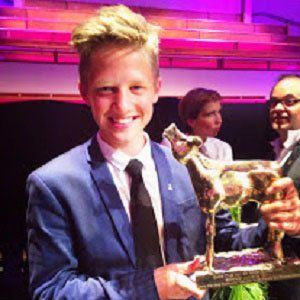 Most Popular#61510
Actor Born in Netherlands#14

Best known for portraying the title role of Crumb from 2010-2012 after winning a reality television competition entitled Wie wordt Kruimeltje? (Who is Crumb?).

He had performed in a musical called Ciske de Rat in 2008-2009 before appearing on the competition series.

He made 2015 film appearances in Code M and De Boskampi's. He won the Golden Calf Special Jury Prize for his role in Secrets of War.

He was born in Bocholtz, Netherlands.

He provided voice over for the Disney series Cory in the House, starring Kyle Massey.

Most Popular#61510
Actor Born in Netherlands#14

Joes Brauers Is A Member Of