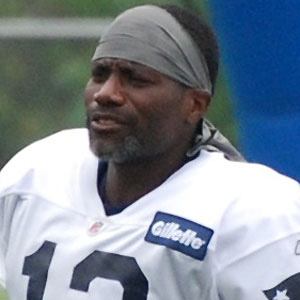 Former NFL wide receiver whose career spanned from 1995 to 2010.

He played college football at Ohio State and finished in the top five all time in many of OSU's receiving records.

He finished his career with 10,950 receiving yards and 77 touchdowns.

He is the son of Carolyn and James Galloway.

He played on the Dallas Cowboys with Hall of Famer Emmitt Smith from 2000 to 2002.

Joey Galloway Is A Member Of