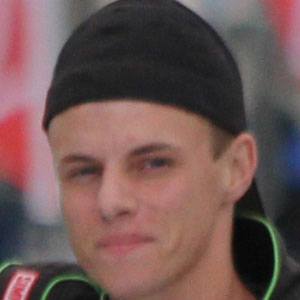 He became the youngest driver to win the track Modified B championship at La Crosse Fairgrounds Speedway in 2007.

He made his first start in NASCAR's Nationwide Series at Iowa Speedway in August 2011.

He was born in Cedar Rapids, Iowa.

Joey Gase Is A Member Of