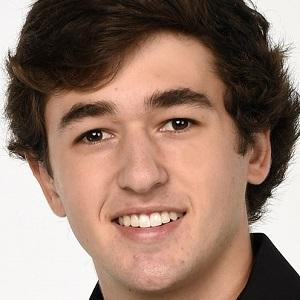 Race car driver who began his NASCAR career in 2013. He was a 2014 NASCAR XFINITY Series Champion and he was named the 2014 Sunoco Rookie of the Year and the 2014 Series Most Popular Driver. He'd later begin competing for Monster Energy in 2015. He won the 2020 NASCAR Cup Series.

He was named high school player of the week in April 2011 by Sports Illustrated.

He became the youngest winner of the Snowball Derby in 2011, at just 16 years of age.

He is the son of former Sprint Cup Series champion Bill Elliott.

He and Kyle Larson won Sunoco Rookie of the Year Awards in NASCAR's national series in 2014.

Chase Elliott Is A Member Of