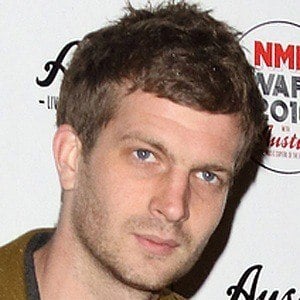 Guitarist who is most famous for being a founding member of the English alternative rock band Wolf Alice. His band's 2015 debut, My Love is Cool, peaked at number two on the U.K. album charts.

He was a student at dBs Music in Bristol, England and co-founded Wolf Alice in 2010.

His band's song "Mona Lisa Smile" was nominated for a Grammy Award for Best Rock Performance in 2016.

His stepfather was also a musician.

He and singer Ellie Roswell are the co-founders of Wolf Alice.

Joff Oddie Is A Member Of