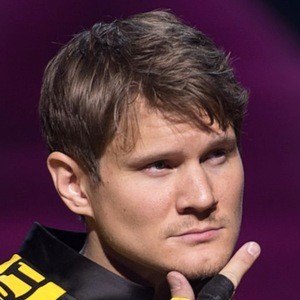 Pop singer who became known from the Swedish music group, De Vet Du (You Know It). They enjoyed success from chart-topping hits such as "Fucka Ur" and "Kar i en kandis."

He started De Vet Du got their start posting funny videos on YouTube under the name, Lidingobladet in 2010.

He and De Vet Du were featured in the "Boxers of Briefs" series of Bjorn Borg commercials.

He and Christopher Martland are both members of De Vet Du.

Johan Gunterberg Is A Member Of