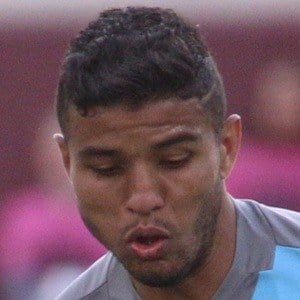 Winger who is widely known for his tenure in the MLS. In July 2015, he signed with the Montreal Impact after playing professionally in Costa Rica.

He joined his first professional soccer team in his native Costa Rica in 2009 when he signed with Santos de Guapiles. He played there until 2012.

He debuted for the Costa Rican national soccer team in 2014 during the Copa Centroamericana tournament. He scored his first ever national team goal during the club's opening match against Nicaragua.

He was born and raised in Limon, Costa Rica.

He has played alongside defenseman Michael Umana on the Costa Rican national soccer team.

Johan Venegas Is A Member Of