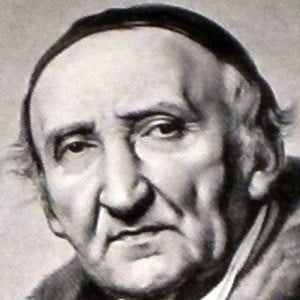 German sculptor who made marble busts, including The Prinzessinengruppe and Frederica of Prussia.

He studied for three years in Rome and developed his style.

His father was a poor tailor.

He made a bust of Johann Von Goethe.

Johann Gottfried Schadow Is A Member Of