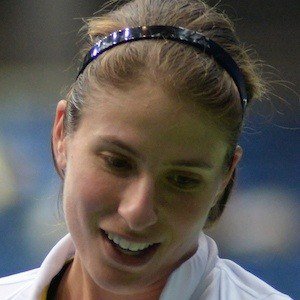 Australian-born British tennis player who, in 2016, became the first female British singles player to be ranked in the Top 25 in 29 years. She also reached the top 100 doubles rankings that same year.

She started playing tennis when she was eight years old and won her first professional tournament when she was 16.

She represented Australia from 2004 to 2012, but changed her allegiance after gaining British citizenship, citing the fact that she largely grew up in the country.

She was born to Gabor and Gabriella, who immigrated to Australia from Hungary.

She defeated Venus Williams, then ranked number 10, in straight sets at the 2016 Australian Open.

Johanna Konta Is A Member Of