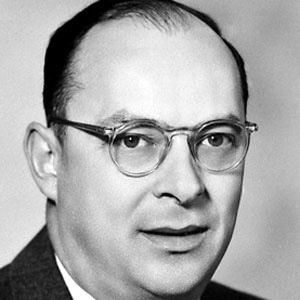 Electrical engineer who brought about the electronic age, and was the only person in over 100 years to win the Nobel Prize in Physics twice. He appeared on LIFE Magazine's list of "100 Most Influential Americans of the Century."

After WW II, he joined Bell Labs to work on the transistor.

He invented the transistor and discovered the electrical superconductors; both of which are found in virtually every electronic we use today.

He lost his mother when he was 12 years old. He graduated high school at age 15.

His likeness was put on a U.S. stamp as part of the "American Scientists" series, which also included Edwin Hubble.

John Bardeen Is A Member Of