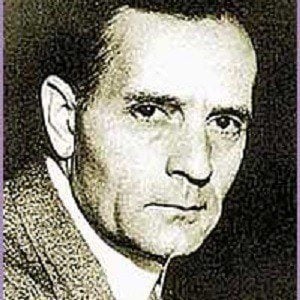 American astronomer who played a crucial role in establishing the field of extragalactic astronomy and for whom the space telescope was named. He was one of the first scientists to postulate that many formerly known "nebulae" were actually galaxies beyond the Milky Way.

He was a talented sprinter and won numerous track meets in high school.

He is known for showing that the recessional velocity of a galaxy increases with its distance from the earth, implying the universe is expanding.

His parents were named Virginia Lee James and John Powell Hubble. He was married to Grace Burke from 1924 until his death in 1953.

He made great advances in our knowledge of space like fellow astronomer, Clyde W. Tombaugh.

Edwin Hubble Is A Member Of