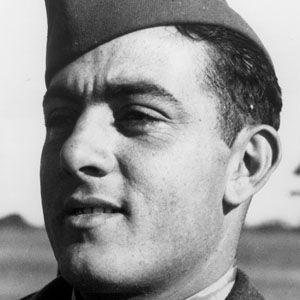 Marine Corps Gunnery Sergeant who earned the Medal of Honor for his bravery at Guadalcanal.

He defended Henderson Field in Guadalcanal, where his 15-man unit held off an enemy attack of nearly 3,000 Japanese soldiers for two days.

He was killed in action during the Battle of Iwo Jima.

He met his future wife, Lena Mae Riggi, while she was serving as a Marine Corps Women's Reserve officer at Camp Pendleton.

He was portrayed by actor Jon Seda in the HBO mini-series The Pacific.

John Basilone Is A Member Of