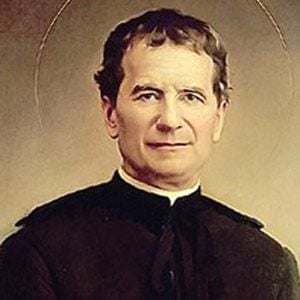 Known best as Don Bosco and remembered for his humanitarian and educational reform work on behalf of children and teenagers in need, this 19th-century Roman Catholic Priest founded such Italian charitable organizations as the Salesians of Don Bosco and the Association of Salesian Cooperators.

Early in his life, while working as a shepherd, he was the pupil of a local priest. After studying for several years at a Roman Catholic seminary in Chieri, Italy, he received his ordination.

He developed a non-punitive educational philosophy known as the Salesian Preventive System.

He and his brothers Giuseppe and Antonio were born in the town of Becchi, Italy, to Margherita Occhiena and Francesco Bosco.

In the 1930s, he was posthumously declared a saint by Pope Pius XI.

John Bosco Is A Member Of