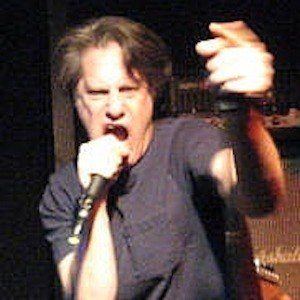 Musician known for being the lead singer of the band Negative Approach. After they disbanded in 1983, he founded the band Laughing Hyenas.

He started playing with the band Fallout in the mid-1970s and also played with a band called Static before forming Negative Approach in 1981.

In the early 2000s, he joined the band Early Action. Negative Approach got back together in 2006.

Born in Michigan, he also spent time time growing up in New Jersey and New York.

He's said that his early career was influenced by Alice Cooper.

John Brannon Is A Member Of