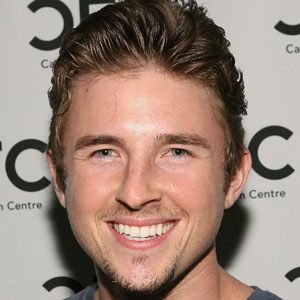 Actor who most notably played Dylan Michalchuk on the popular Canadian teen drama Degrassi: The Next Generation.

He began his professional acting career by starring in a music video produced by Knights of the Realm.

His Degrassi role as a gay teenager earned him a GLAAD Media Award nomination.

He acted alongside Calum Worthy on CBS's Flashpoint.

John Bregar Is A Member Of