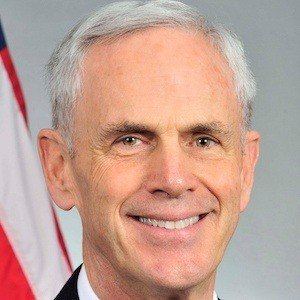 American politician who was the 37th United States Secretary of Commerce from 2011 to 2012 and had to take a leave of absence in 2012 after a hit and run.

He received his bachelor's degree from Stanford University in 1965 and his Juris Doctor (J.D.) degree from Yale Law School in 1969.

Before entering politics he served as the Chairman, Chief Executive Officer and President of Edison International, as well as the director of The Boeing Company.

He had four daughters with his wife Louise.

He was appointed US Secretary of Commerce by President Barack Obama .

John Bryson Is A Member Of