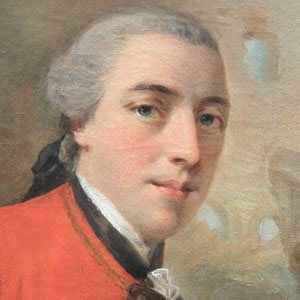 Best remembered for his unsuccessful leadership of British troops during an American Revolutionary War initiative known as the Saratoga Campaign, he was also famous during his lifetime as a politician and playwright. He served for several years in the British House of Commons and penned dramatic works such as The Heiress and The Maid of the Oaks.

Before taking part in the American Revolution, he served in the Seven Years' War as a soldier in the 1762 Portugal Campaign.

Playwright George Bernard Shaw made Burgoyne a character in the 1897 play The Devil's Disciple. The work was later adapted into a film starring Laurence Olivier as Burgoyne.

Without the permission of his future wife's family, Burgoyne eloped with a noblewoman named Lady Charlotte Stanley and subsequently fathered his only child, a daughter named Charlotte Elizabeth.

He and John Andre both fought with the British Army during the Revolutionary War.

John Burgoyne Is A Member Of