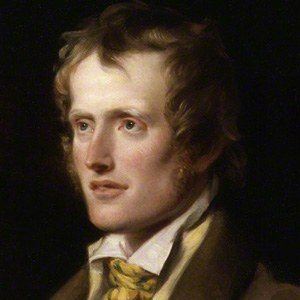 Nineteenth-century poet best known for "I Am" and other metaphysical, nature-themed, and romantic poems. His poetry collections include Poems Descriptive of Rural Life and Scenery, The Rural Muse, and The Village Minstrel.

He held a number of odd jobs, including lime kiln worker and militia member, and he even spent time in a Gypsy camp.

He had little education and was known during his lifetime as "The Northamptonshire Peasant Poet."

His father worked on a farm in rural England, and Clare grew up malnourished and poor.

John Clare Is A Member Of