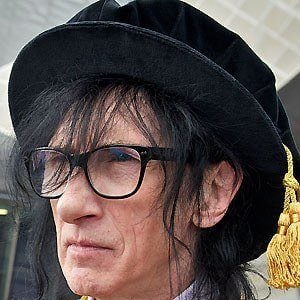 British punk poet who set lyrics of rebellion to the music of lesser-known bands. His musical albums include Snap, Crackle & Bop; Zip Style Method; Disguise in Love; and Walking Back to Happiness.

He first performed on the Manchester stage; later, he toured with such bands and artists as the Sex Pistols and Elvis Costello.

He appeared as himself in Ill Manors, a 2012 crime drama.

He and his wife Evie had one daughter together.

He influenced Alex Turner, whose Arctic Monkeys band reprinted one of Clarke's poems on the inside cover of its Fluorescent Adolescent album.

John Cooper Clarke Is A Member Of