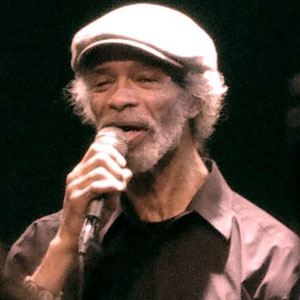 American jazz poet, musician, and spoken-word performer who is remembered for works such as The Last Holiday and Winter in America. He released his first studio album, Small Talk at 125th and Lenox, in 1970.

He attended Lincoln University because it was the alma mater of his literary idol, Langston Hughes.

He released influential recordings right up until his death in 2011. His final work was the critically-acclaimed 2010 album, I'm New Here.

His father, Gil, was a Jamaican soccer player.

His spoken word poetic style influenced the work of Public Enemy's Chuck D and other rap and hip-hop artists.

Gil Scott-Heron Is A Member Of