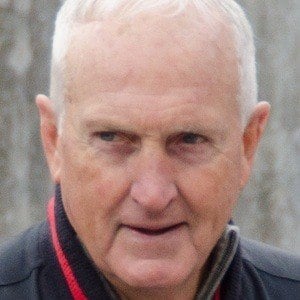 College Football Hall of Famer who coached the University of Tulsa to five Missouri Valley Championships, led Arizona State to a Pac 10 title in 1986 and won three Big Ten titles with the Ohio State Buckeyes in 1993, 1996 and 1998.

He began as a graduate assistant with Iowa State in 1962, after playing running back at the university for three seasons.

He served as an assistant coach at Oregon State, UCLA, Kansas, and Kentucky before receiving his first head coaching job with Tulsa in 1977.

He had two children, John and Cindy, with his wife Helen Cooper.

After his tenure at Ohio State, Jim Tressel stepped in and continued the program's winning ways for the next decade.

John Cooper Is A Member Of