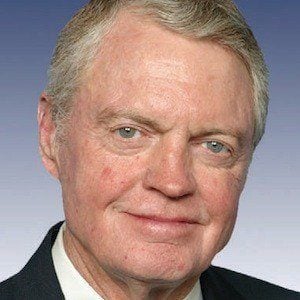 A well-respected coach from the University of Nebraska who was voted 'greatest college football coach of all time' in a 2007 ESPN poll.

He won the discus throw for the state of Nebraska in track.

He served in the House of Representatives from the 3rd district of Nebraska.

He has a son and two daughters with his wife Nancy Osborne.

He was head coach in the 1998 Orange Bowl, which was also Peyton Manning's last NCAA game.

Tom Osborne Is A Member Of