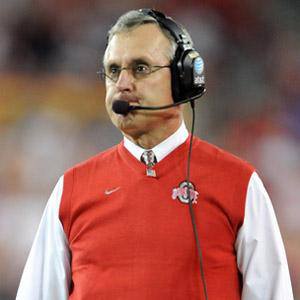 Football coach who led the Ohio State Buckeyes to three national championship games between 2001 and 2011, winning the title in 2002.

He became friends with Lou Groza, and the two practiced football together.

Married Carol Kujanek in 1976; the couple had four children.

Only Woody Hayes has more coaching wins against the arch-rival Michigan Wolverines.

Jim Tressel Is A Member Of