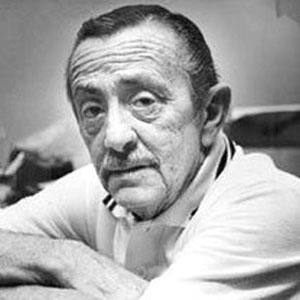 An influential American fiction writer and screenwriter, he is best known for the Bandini Quartet book series (1938-1985), and particularly for the quasi-autobiographical novel, Ask the Dust (1939). His other works of dirty realism include Full of Life (1952), The Brotherhood of the Grape (1977), and Dreams from Bunker Hill (1982).

After trying, and failing, to get his stories published by the American Mercury, he finally received an acceptance letter for his short story, Altar Boy. The work was accepted by editor H.L. Mencken on the condition that Fante type it up.

His novel, Ask the Dust, was adapted into a 2006 Paramount Pictures feature starring Donald Sutherland, Colin Farrell, and Salma Hayek.

He was born in Denver, Colorado, as the son of an Italian immigrant father. He briefly studied at the University of Colorado.

John Fante Is A Member Of