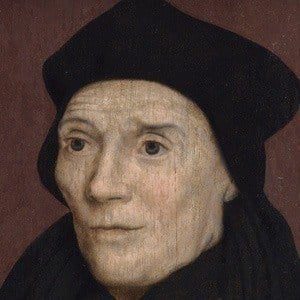 British Bishop who was martyred for refusing to accept King Henry VIII's authority over the Catholic Church.

He was confessor to Margaret Beaufort, the mother of King Henry VII, and also served as a tutor to Prince Henry, later King Henry VIII.

In the traditional Catholic calendar he shares the same feast day as Sir Thomas More.

He had three siblings and four more step-siblings.

For refusing to recognize King Henry VIII's marriage to Catherine of Aragon, he was beheaded in the Tower of London.

John Fisher Is A Member Of