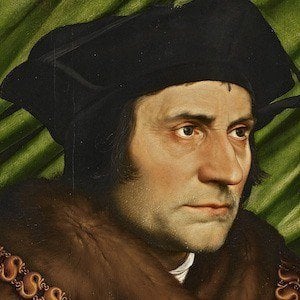 British poet and philosopher who served as Lord Chancellor for three years. He was beheaded for treason after he openly opposed the King's separation from the Catholic Church. He was canonized as a martyr by Pope Pius XI in 1935.

His father was an aristocrat, which allowed young Thomas to get a full education and indulge himself.

While he wanted to follow his father into a monastery, he also felt a calling to go into public service.

His father Sir John More was a well known and respected judge.

He helped King Henry VIII break away from the Catholic Church.

Sir Thomas More Is A Member Of