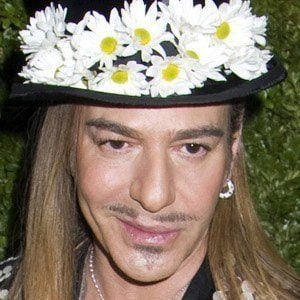 English designer who has won the British Fashion Designer of the Year Award four times.

His first-ever fashion line was inspired by the French Revolution.

In 2011, a recording was made public in which he made deeply anti-semitic statements like "I Love Hitler" and "Your mothers will all be gassed."

He entered into a long term, committed relationship with Alexis Roche.

He was appointed Commander of the Order of the British Empire by Queen Elizabeth II in 2001.

John Galliano Is A Member Of