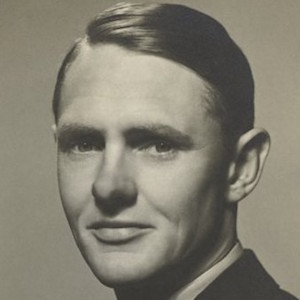 Australian politician and Senator who was the 19th Prime Minister of Australia from 1968 to 1971. His tenure was a stormy one in which he had a combative relationship with the press, who often portrayed him as an incompetent ladies man.

He served in the Royal Australian Air Force during World War Two where he sustained dramatic facial injuries.

He is the only Australian Senator to have ever been elected Prime Minister.

He had a very close relationship with his wife, Bettina Gorton, and they had three children: Joanna, Michael, and Robin. He married Nancy Home in 1993, ten years after Bettina's death.

In his youth, he attended grammar school with Errol Flynn.

John Grey Gorton Is A Member Of