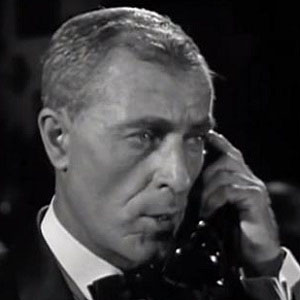 Television acting veteran with dozens of credits to his name, including roles on popular series like Hogan's Heroes, Meeting of the Minds and Gimme a Break! On film, he is known for roles like that of Principal Warneke in the influential 1955 film Blackboard Jungle.

He was a member the editorial board of Yale University's comedy magazine The Yale Record. He later worked as a comedian in nightclubs, where he became famous for his impressions of entertainers like Noel Howard.

Though he appeared on Hogan's Heroes several times and usually played high-ranking German officers, he never played the same character twice on the show.

He was married to Dorothy Oltman Haveman from 1961 until his death. He had one child.

He co-starred with Marlon Brando in the 1953 historical epic Julius Caesar.

John Hoyt Is A Member Of