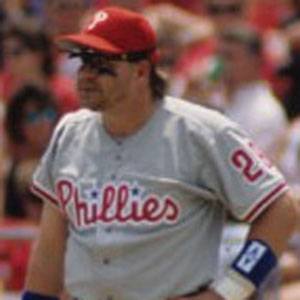 Free-swinging MLB first baseman who was selected to three All-Star teams and hit .300 during his career; became a baseball analyst on ESPN after retirement.

He helped lead the Philadelphia Phillies to the 1993 National League pennant.

After divorcing his first wife Jamie, he married Melissa Kruk and they had two children together.

He was deathly afraid of playing against left-handed pitcher Randy Johnson in the All-Star game.

John Kruk Is A Member Of