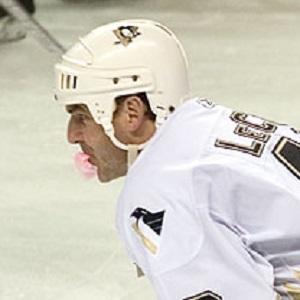 Former NHL winger who played for the PHiladelphia Flyers from 1994 to 2004. He won a Stanley Cup Championship with the Montreal Canadiens in 1993.

He was drafted 33rd overall by the Montreal Canadiens in 1987.

He is the son of Butch and Beverly LeClair.

From 1994 to 2000 he played on the Philadelphia Flyers with Eric Lindros.

John LeClair Is A Member Of