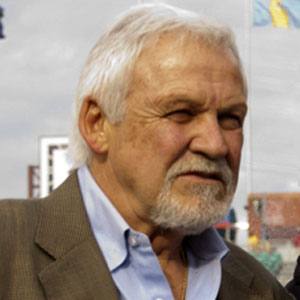 Hall of Fame goalie who won two Stanley Cup Championships with the Philadelphia Flyers in 1974 and 1975. He also received the Vezina Trophy for the league's top goaltender and the Conn Smythe for the MVP of the playoffs in 1974 and 1975.

He idolized Jacques Plant and would watch Plant's sister's apartment in hopes of seeing his hero.

His Philadelphia fans were known to repeat the phrase Only the Lord saves more than Bernie Parent, during his championship years.

He raised three children with his wife Carol.

His record of 47 wins in a single season was passed by Martin Brodeur.

Bernie Parent Is A Member Of