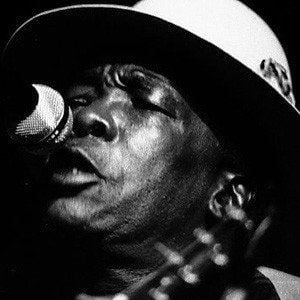 Blues guitarist, singer, and songwriter who has won multiple Grammy Awards, including for Best Traditional Blues Recording in 1990 and 1998.

He was only allowed to listen to gospel music until he met his stepfather; William Moore, his mother's second husband, showed him how to play guitar and introduced him to blues music.

He was a Rock and Roll Hall of Fame inductee in 1991 for his contributions to blues music.

He covered the song "Rock Me Baby" by B.B. King.

John Lee Hooker Is A Member Of