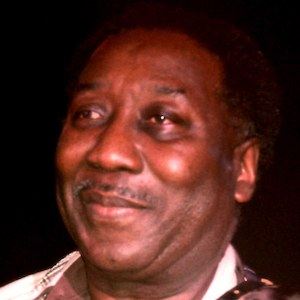 Grammy Award-winning guitarist who was dubbed the father of modern Chicago blues. He helped inspire the 1960s British blues movement with hit such as "I Just Want to Make Love to You" and "I'm Ready."

He started out on the harmonica, but ended up playing the guitars at parties.

As a bluesman, he influenced Jimi Hendrix, who did a number of covers of his, including 'Hoochie Coochie Man.'

He married Marya Jean Brooks on June 5, 1979. He had five children.

Muddy Waters Is A Member Of