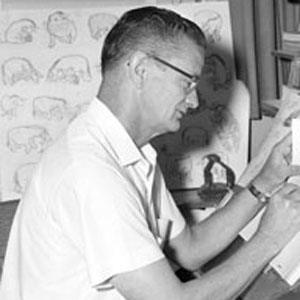 While he was studying at the Art Center School of Design in LA, a teacher sent him on an interview with the famous Walt Disney. He was hired shortly thereafter.

He was responsible for animating some of the most memorable Disney characters in existence, including Captain Hook from Peter Pan and Merlin from The Sword in the Stone.

An interview with Walt Disney secured him the job of a lifetime.

John Lounsbery Is A Member Of